Earlier this month, I attended the DOC NYC festival – America’s largest documentary festival – and specifically a lot of the “pro” panels which are aimed at the community of professional doc makers. Here are some of the trends about the future of our industry that I saw emerge from the conversations. I believe a lot of it can apply to narrative filmmaking as well. Most of these big picture topics require leadership within the film community to be addressed properly. I welcome your thoughts on the next steps so we can create a more sustainable and inclusive industry !

Money is out there, but as an industry, we need lobbying power with philanthropist groups AND corporate brands to unlock capital.

Lack of funding was as usual front and center, but a few solutions emerged from some of the panels. The panel called “Focus on impact producing” gathered Christopher Quinn (Eating Animals), Lindsay Firestone (Bloomberg Philanthropies), Anya Rous (Multitude Films) and Simone Friedman (EJF Philanthropies). Simone Friedman revealed that after backing her first film campaign for Eating Animals she now wants to convince the philanthropy community to fund more movies. All the filmmakers in the room applauded. Similarly, “Are brands the studios of the future?” a panel with John and Eric Sloss (Cinetic Media), Allison Polly (Creators League Studio), and Sara Bernstein (Imagine Documentaries) talked about how brands are becoming media platforms that could in the future rival HBO, Showtime, etc and are now starting to become content executive producers and investors. For example, Gator Rade is executive producing a documentary and a narrative film.  It’s also important for filmmakers to know that a lot of Corporate Social Responsibility departments at various companies have money to invest in issue-based content.

The bottom line ? Money is out there, but as an industry, we need lobbying power with philanthropist groups AND corporate brands to unlock capital. Filmmakers are not in touch with the decision makers, and a lot of those decision makers need to be – and can be – convinced to invest in film. They might want to, but they are not aware of the opportunities and the power of film.

There is money for docs but without an industry-wide effort to better distribute it and match capital with projects, the same people will get their stuff funded while the rest is competing for scraps.

Filmmakers are taught to compete instead of sharing information. We can all have more negotiating power if we don’t need big distributors.

I am biased because I did a lot of self-distribution for my own doc called She Started It on women entrepreneurs, and I spent 6 years in Silicon Valley where entrepreneurship is king. The panel on “self distribution” with David Averbach (The Film Collaborative), Gary Hustwit (Helvetica), Alysa Nahmias (Unrest) and Jim Tusty (Sky Films Inc.) was illuminating for a lot of filmmakers.

Many are still not aware that there are alternatives to Netflix to get their work out there and a sustainable career.

I am developing a podcast on creative distribution to interview those who do it. We need not only more coverage of alternative models in the press and at festivals, but also more sharing of information.

The reason why I’m starting the podcast is because in this scarcity model, filmmakers are taught to compete instead of sharing information. We can all have more negotiating power if we don’t need big distributors.

Build your own audiences and become a mini distributor, or do business with platforms that are invested in helping all filmmakers succeed

A big elephant in the room was that we need to grapple with the fact that audiences are not buying content anymore outside of their streaming platforms, the same way music labels had to figure this out. The “self-distribution”  and “brands as studios of the future” panels illuminated the fact we can build alternatives.

Community screenings are a great way for us documentary makers to get people out to a theater because people will go see movies if it’s part of an experience. Fiction filmmakers can do it too, more likely if they have a niche passionate audience, or an issue-based film.

That is the only way we can compete with blockbusters and their marketing dollars (not counting blockbuster documentaries like Won’t you be my neighbor, those are exceptions). That being said, the Artist as Entrepreneur and self-distribution are not for everyone. It takes a considerable amount of time and energy, that you will be spending well, becoming a business owner rather than creating your next film. However until we find a better model, my opinion is that filmmakers need to cultivate those skills at least to have more negotiating power with the decision-makers and distributors.

Same with brands: they have a ready-made audience for filmmakers to tap into, which provides an alternative, as long as we can figure out how to remain independent, so this is an ongoing conversation.

But no one talked about the fact that beyond their Netflix, Hulu or Amazon subscriptions, audiences are not putting money into buying content anymore, which is why Moviepass was revolutionary: it got people to the theaters and made movies accessible. The key piece of advice shared by the “self-distribution” panelists was to build your own audience,  and become a mini distributor. Otherwise, we are left competing to get a Netflix spot or a broadcast on public television. Another alternative is to do business with platforms who are invested in helping all filmmakers succeed, such as Seed & Spark or in another format, Patreon.

Last but not least, a major topic addressed by people such as Loira Limbal of Firelight Media was the need to foster and support talent from the communities that a lot of white filmmakers are documenting. Additionally, the panel “Who Owns the Story” with Nanfu Wang (I Am Another You), Tracy Droz Tragos (The Smartest Kids in the World), Vanessa Roth (Daughters of Destiny) talked about how to approach communities outside of our own.

The questions for the doc industry is, instead of having mostly white (and privileged) filmmakers somewhat benefitting from covering marginalized communities, how can we foster better collaboration with the subjects, support new talent, and how do we address all this ?

I also met a lot of filmmakers at the festival who don’t know how to approach this topic that few people talk about in depth. Firelight Media is planning to publish a paper on this, stay tuned, but this will require a global approach with everyone involved to create solutions and shift our own attitudes and practices. I have myself been very wary of starting my new documentary series on women tech entrepreneurs, which plans to film a lot of women of color, while being the only (white) director. I am envisioning a model where I could executive produce the series and direct some of the episodes, but also invite a diverse group of women to direct episodes as well and be involved creatively. I have never worked in this kind of scenario – as indie directors, we often don’t really pay ourselves, so the idea of raising more money to hire others to direct is scary. But how will anything change if we don’t start with yourselves?

Hit the comments to share your thoughts and ideas ! You can find most of the panels (including those I missed) on DOC NYC’s YouTube channel. 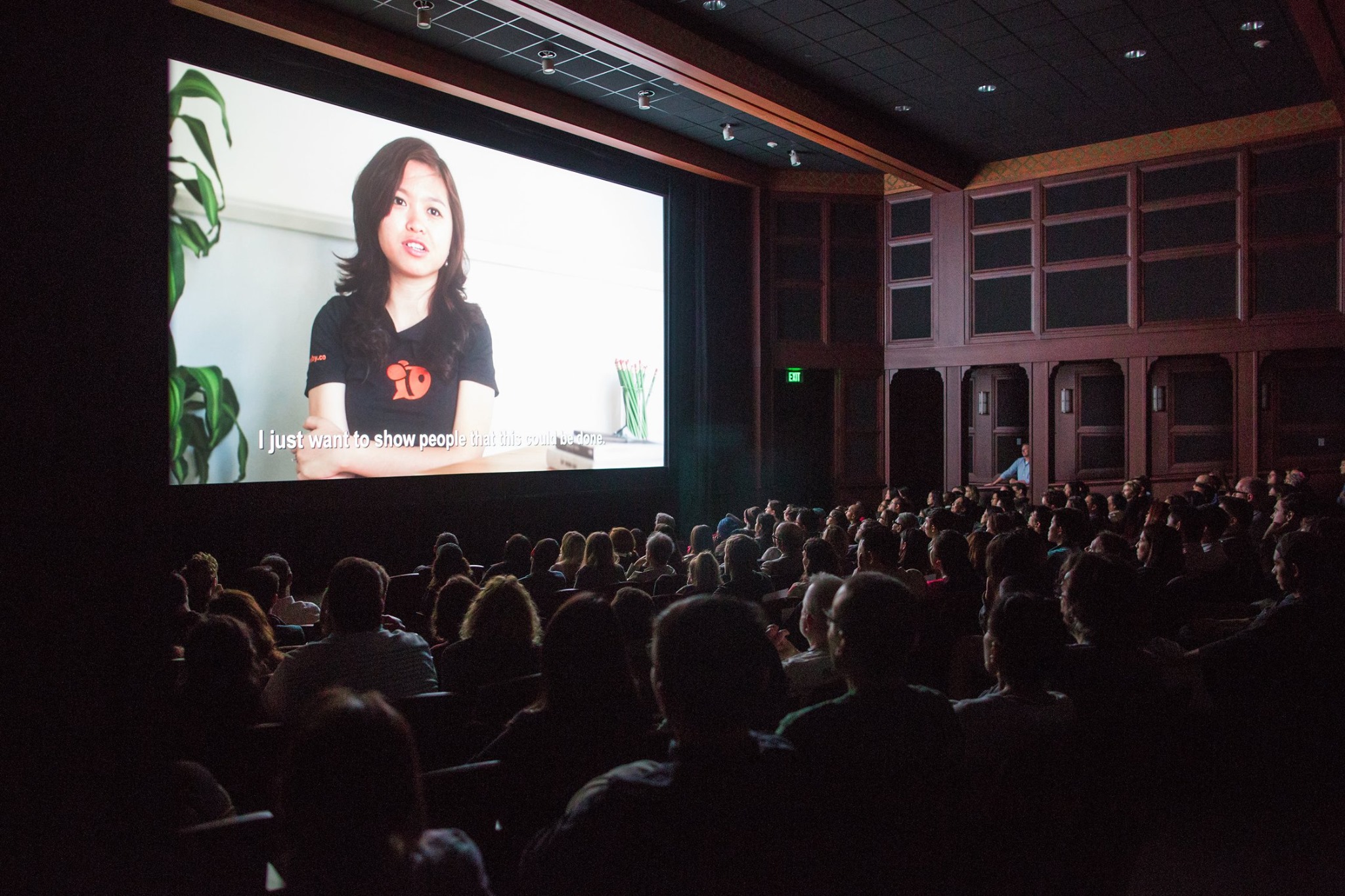 1 thought on “DOC NYC highlights – where is the film industry going ?”