Originally published on March 20, 2013, on my old blog. So many more things to say today about the patriarchy, heteronormativity, white feminism, capitalism, and so forth…

There’s something that’s getting on my nerves the more I notice it around me, and it’s the way our society deals with women who WANT something and are not afraid to say so.

I recently spoke with Jessica Lawrence, director of the NY Tech Meetup, who was talking at SXSW about women in tech and the “ambition gap”. She explained that a lot of women entrepreneurs didn’t apply to her Demo nights for startups, not because they lacked the ambition, but because they felt they were not ready or not good enough yet. Then she used an example that I could relate to only too well: when looking at a job description, a woman will focus on the skills that she doesn’t have and quit, feeling she’s not the right candidate, while a man will typically focus on the skills that fit his profile, and assume he is already halfway there.

How many times have I cringed at the idea of writing “I would be perfect for this job because…”. The reluctance to broadcast our abilities and brag is different than the reluctance to admit that we want something badly enough to pursue it, but they are nonetheless very connected. This idea that women should not pursue, want, and fight for what they want, is deeply ingrained in our society, in so many areas of life.

How many books, websites, magazines, movies, teach women how to be “subtle” about pursuing a goal (havens forbid we become as aggressive as a man), or not to show our interest in a romantic prospect, or in anything other than the obvious path ( like not wanting kids, what a crazy idea). How many times have we been taught not to say that we want sex, love, success, or money? Repressing our desires is considered a good and appropriate thing to do, and it’s always been the case. It’s “unladylike” to want because we have always been objects of desire: the princess, the helpless damsel in distress. While things are changing a lot (thanks Beyonce, Sheryl, “Brave” and so many more), the changes are still slow, case in point Esquire UK editor Alex Bilmes who just admitted that women in their magazine are pretty objects to look at.

Most women still don’t feel that it’s okay to say “I want”. Women who dare to step forward in the workplace, to ask for more, are oftentimes labeled crazy, emotional, or the B-word. Because wanting something for yourself is selfish, and also unworthy of a future mother: how are you supposed to take care of your family if you put your well-being and your ambitions first? Nowadays, it’s okay to be “selfish” and focus on one’s own happiness, but look at the backlash against successful women like Sandberg and Mayer (exhibit A this Time cover). Or just read out loud advice from the now cult self-help book “The Rules” (why it’s better to have long hair and never make the first step with a guy), or some other self-help websites out there.

Part of the problem is, women are too often the first ones to point fingers and judge another woman’s ambition. When a female colleague asks to be promoted or takes the lead on a project, you can often hear other women in the bathroom say or think very loudly (and we all had that first instinct reaction once in our lives), “who does she think she is?”. That would never cross anybody’s mind if it was a man. That is typically the kind of reaction that society conditioned us to have, and that we have to fight against. The idea that women need to compete against each other to get society’s ( or men’s) approval is another debate, but it leads to women not voicing their demands by fear of being “that girl” because it’s so much more comfortable to criticize the ones who went for it than take the risk ourselves. Same about the flirty woman: she’s called a “slut” and it starts in high school, the way girls will shame whoever doesn’t respect the “etiquette”. (Rent the movie Easy A with Emma Stone for further proof).

A really good counter-example, as written in Thought Catalog, is Jennifer Lawrence’s character in the Oscar-nominated “Silver Linings Playbook“. Tiffany, who went through a “slutty phase” (her own words) after her husband died, rather than apologizing for it, says, “there’s always going to be a part of me that’s sloppy and dirty, but I like that, just like all the other parts of myself.” She was labeled crazy by society, but as she keeps pursuing what and who she wants, she soon becomes the most powerful character in the movie. This kind of female character is very refreshing but so rare in modern-day media. On a different level, Zero Dark Thirty‘s Maya, who is portrayed in the film as a Woman On A Mission, succeeds but not without having alienated most people around her, who think she is a crazy b**** for wanting so badly to reach her goal and not letting go.

Why does it matter? I know a lot of talented, smart women my age, who are still struggling with that notion of desire and want. They could move mountains and change the world  – but need that little push from society telling them “it’s okay. You’re not crazy to want this. Go for it.” I, myself, feel sometimes like I’m way overstepping my boundaries when I ask for more or when I start a new ambitious project, and that little voice in my head saying “who do you think you are?” is still there, but it gets less and less audible with time, thanks to mentors and friends who show me the way.

I don’t pretend to speak for the majority, nor to know what the majority of women want or need. But I do know that in the future, I shouldn’t need to watch Beyonce’s “run the world” Billboard performance to feel empowered and allow myself to want something and fight for it.

The ugly truth behind the current crisis (part 2) 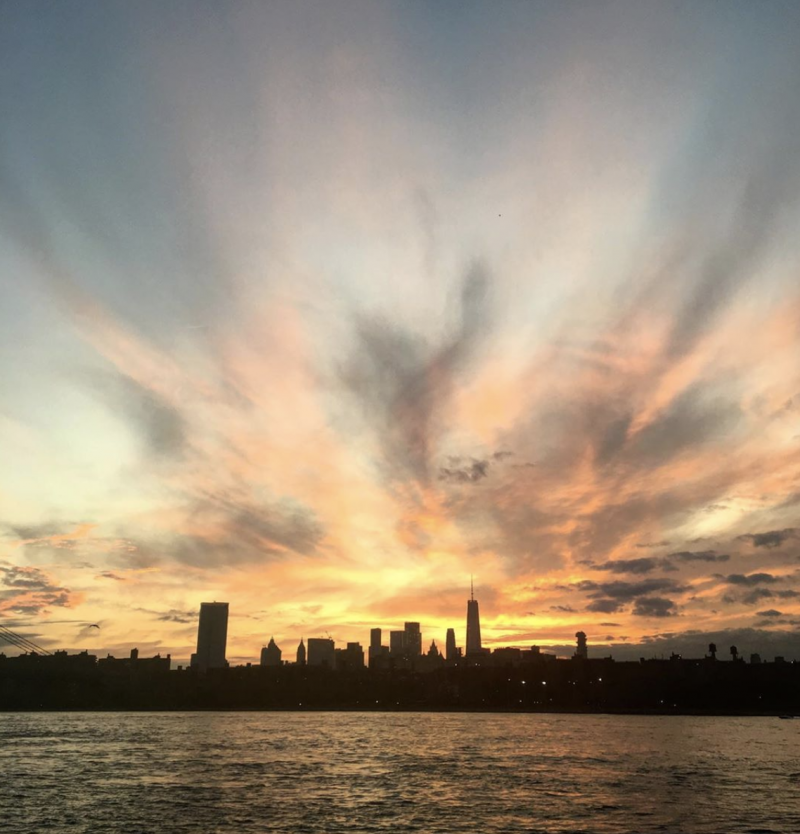