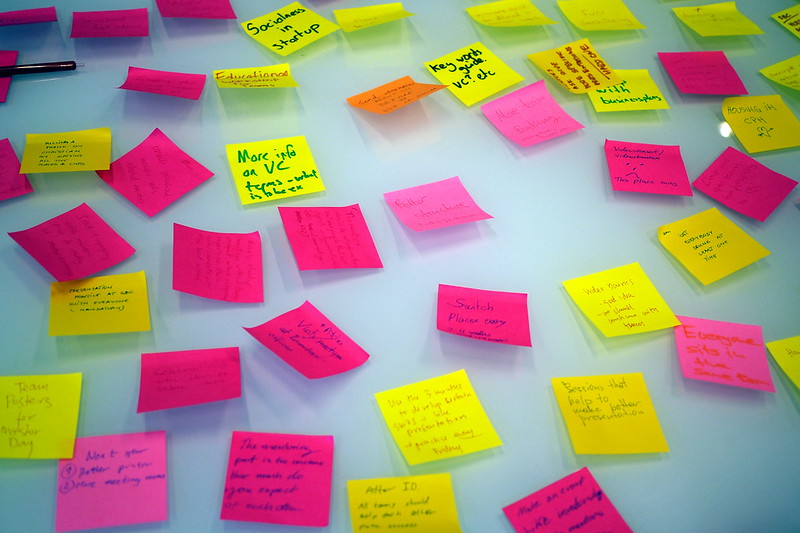 Someone once said, with great powers, come great responsibilities…

Last week, two interesting events reminded us of an ongoing debate in the Valley: it might not be the center of innovation it once was.

Without talking about decline, the goal here is to remind aspiring entrepreneurs (and there are more in San Francisco than there are parking spots) that a good product, a successful product, solves real problems.

Last Wednesday, Nation Builder CEO Jim Gilliam was interviewed by Kevin Rose at Google Ventures, and much of what he said followed his now-famous talk “the Internet is my religion“. When asked the question, why did you feel the urge to build something that would help people, (NationBuilder is a software for community organizing), Gilliam explained that you don’t need to have cancer to want to change the world as he did, but you need to identify real problems.

Sure, if you feel like you owe your life to someone else, it might be easier to focus your energy on finding ways to help others. But truth is, every entrepreneur, at the core, should want to change the world. Yet, a lot of the startups we meet here are building another Pinterest or Instagram clone.

Last week, the StartupWorld event also tackled the issue. Organized by Hermione Way (who is a friend, full disclosure), it gathered entrepreneurs from all around the world for a pitch competition in the hope of shedding light on innovators beyond the Silicon Valley bubble. (Hermione actually was an early criticizer of the bubble effect).

A year ago, a lot of great articles already pointed at the lack of real problem solving and innovation in silicon valley startups, (like this one from VentureBeat). Josh Linkner explained why Silicon Valley investors and entrepreneurs should not follow trends such as moving to San Francisco but focus on places where everything is yet to be built, which is what entrepreneurship is all about. No need to go to Africa for that: America has its share of broken ecosystems and cities in need of innovation.

Yet, since last year, what has changed? The fact is that companies that do change the world often lack the glamourous package that draws people in.
As reported in Forbes, Toilet+ , a startup that could change Bangladesh, doesn’t sound very sexy, but its business model is quite impressive.
Women 2.0’s conference pitch competition winner, Angaza Design, is building pay-as-you-go solar in East Africa and might very well become the next billion-dollar company, but we don’t see anybody rushing to talk about them.

A lot remains to be done to tackle government efficiency, health, local democracy, but these issues are complicated and less appealing than photo sharing. Perhaps it’s the entrepreneur’s job to make them interesting and entertaining?

When I asked him about this issue, Gilliam said that engineers here don’t lack the desire to build those things, which I believe, but lack the perspective. This is exactly why a competition like StartupWorld is important, or why Techcrunch Disrupt, the Women 2.0’s conference, and others, are right to shed light on startups with different backgrounds.

Engineers in the Valley have the skills, but when your multi-million dollar company pays for your laundry and provides three meals a day, it becomes hard to think outside of that box and imagine what millions of people not sharing your lot in life might need. I’m not saying that we should all take a field trip to an emerging country, but that other places are worth paying attention to and could use some support. Most of all, Silicon Valley’s talent should work on fixing things around them. When I look at the transportation system or the rampant homelessness in the city, and I bet we could name a dozen other things, I doubt that we live in a fairytale bubble where the only thing one can think of is a marketplace for pet clothing (no kidding, that might happen).

A recent study actually showed that Silicon Valley is still number one in terms of innovation, which we all knew. That’s why we need to make sure that the incredible talent and resources we have here make a difference. And that doesn’t mean not making money, because if you do build something that changes people’s lives, chances are you will make money along the way (see case in point lynda.com).

As Paula Long (EqualLogic CEO) said,  we should ask ourselves: “should you build something just because you can?” – Now let’s create something to change the world.

5 crowdfunding tips: how to ask for money